Living in a tent... again

For Memorial Day weekend a friend was really pushing to go camping. It really wasn’t very nice outside, we only had one evening left to plan, AND it would be one of the most crowded camping weekends of the year! So I said no way! If I go camping, I don’t want to see other people, solely sleeping on the ground outside doesn’t sound like a getaway to me, I need remoteness & privacy.

I suggested we set up my backpacking tent in my living room, cook potatoes and veggie hotdogs, and roast fancy vegan marshmallows over my gas stove. Deal!

Because we’re both overly creative and I found a stack of old tapestries from college…. we built an epic ceiling supported fort from scratch instead! I even had gold tassels and a massive throw pillow collection lying around to further embellish our decor… If you knew about my day-job you wouldn’t be surprised… Maybe I’ll write about my work sometime too.

Well, it’s now been a week and I haven’t had the heart to take my living room tent down… it’s too fun. I felt a little weird and less like a “grownup” at first, because who builds a fort in the middle of their house? But you know what? I live alone, and I think it’s rad. I can still vacuum and it’s honestly a very tidy structure, so by all means – LONG LIVE THE GYPSY TENT! For now… (also I’m too short to take it down alone…) 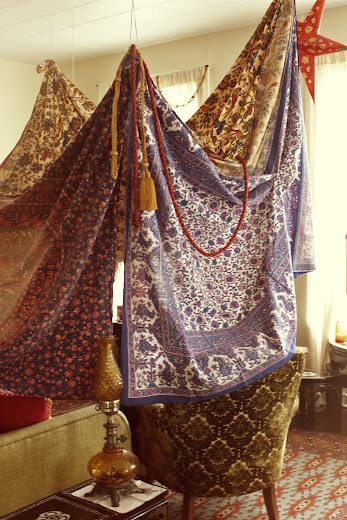 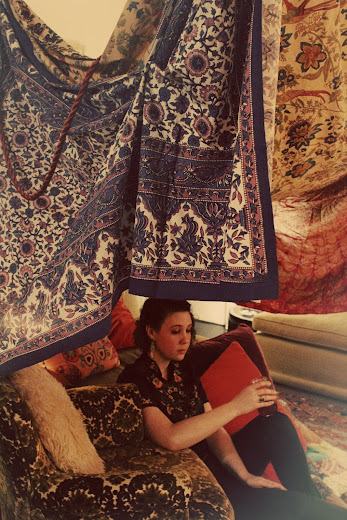 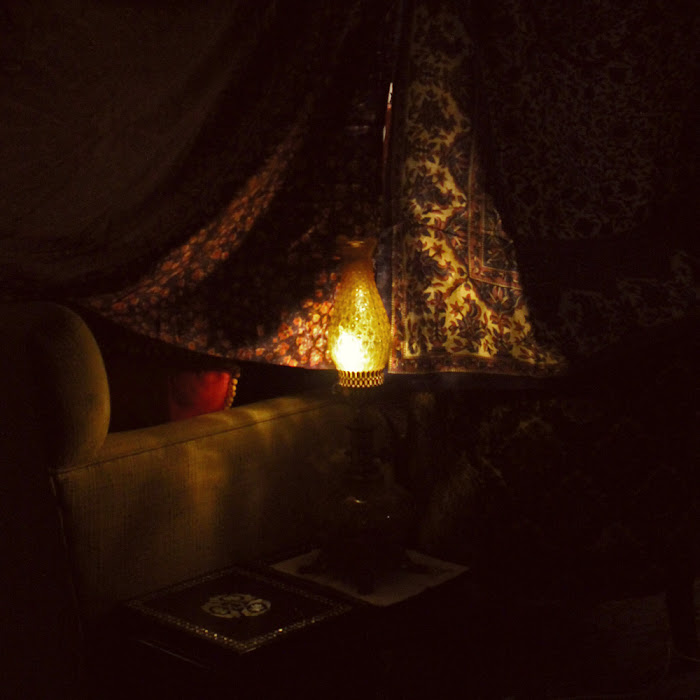 Email ThisBlogThis!Share to TwitterShare to FacebookShare to Pinterest
Labels: about ana, at home, Handy-Man Ana

Oh, what rich colors! This is my absolute favorite pastime, ever since childhood. My sweetie and I built one in the wintertime that we slept in for a month!

You fully match our expectation and the selection of our data. ultralighttent.info